Ever since my return from the expedition - and during the expedition - my nights have been filled with dreams of caves and caving. This was my first caving expedition. And just as Olivier, my nephew, was taken, as a five-year old boy, with my tales of exploration among the Wayana Indians in the Amazonian forest, I’ve now been bitten by the caving bug that got him long ago.
I can’t stop reading about it, looking at photos of caves around the world and thinking about our next expedition in Haiti.
As a photographer I’m discovering a totally new world and as an explorer, it’s tops.

The thrill mixed with apprehension of descending into the dark unknown, of exploring uncharted territory, and the high one feels upon finding spectacular works of nature, are one of a kind. 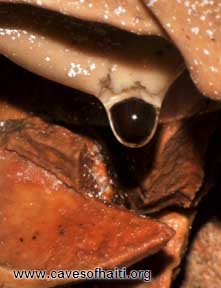 Trying to fathom the length of time it took for these beautiful and strange concretions to form is impossible as our minds are too limited to imagine that - thousands of millennia, one drop at a time. I shudder at the thought these formations could be broken in an instant of negligence or greed. It would almost seem like an assassination to me. 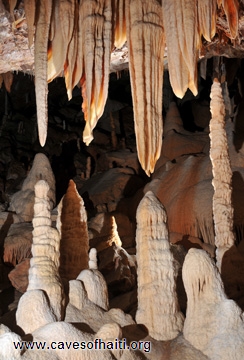 Being in such cave as the Cave of the Three Chimneys is like being in a temple or cathedral. One feels reverence and awe towards nature and the Creator, and needs time to savor the silence, the magnificence and the mystery.

Yes, caving is my new passion.